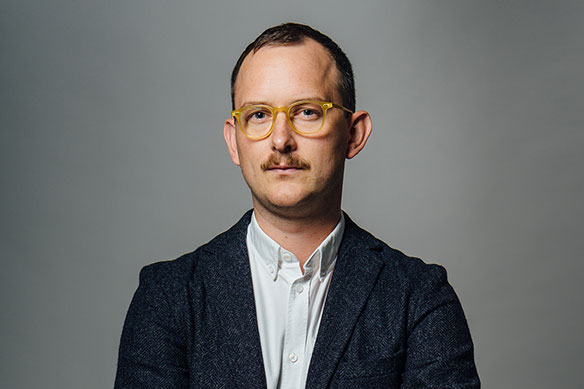 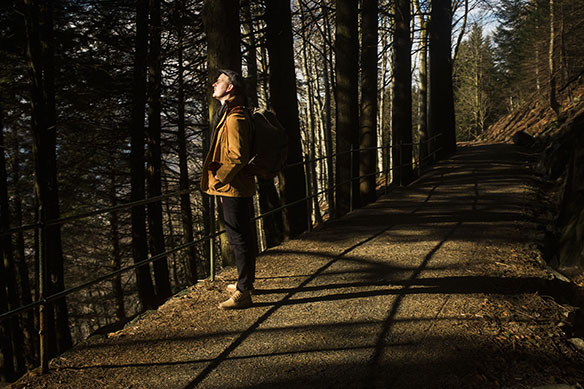 Lars Beller Fjetland grew up amongst the mountains and fjords of the west coast of Norway, where he nurtured a lifelong fascination of the marriage of function with the finest natural materials. He established his self-titled design office—Beller Design—in 2011 while still a student at Bergen Academy of Art and Design and had his breakthrough moment in 2012 when he launched four designs at Salone de Mobile in Milan, Italy. Lars is constantly seeking to broaden his horizons as a dedicated explorer of form and function. His core philosophy is to design products that achieve a sense of both timelessness and longevity through an immediate, honest functionalism in form and aesthetic. Lars has designed furniture, home goods, and lighting for notable clients including HAY, Hem, Normann Copenhagen, Theodor Olsen, and Wrong London. He is the recipient of numerous awards including Wallpaper’s Top 20 under 40, Young Designer of the Year from Elle Decoration Norway, and New Designers Award from Elle Decoration UK. 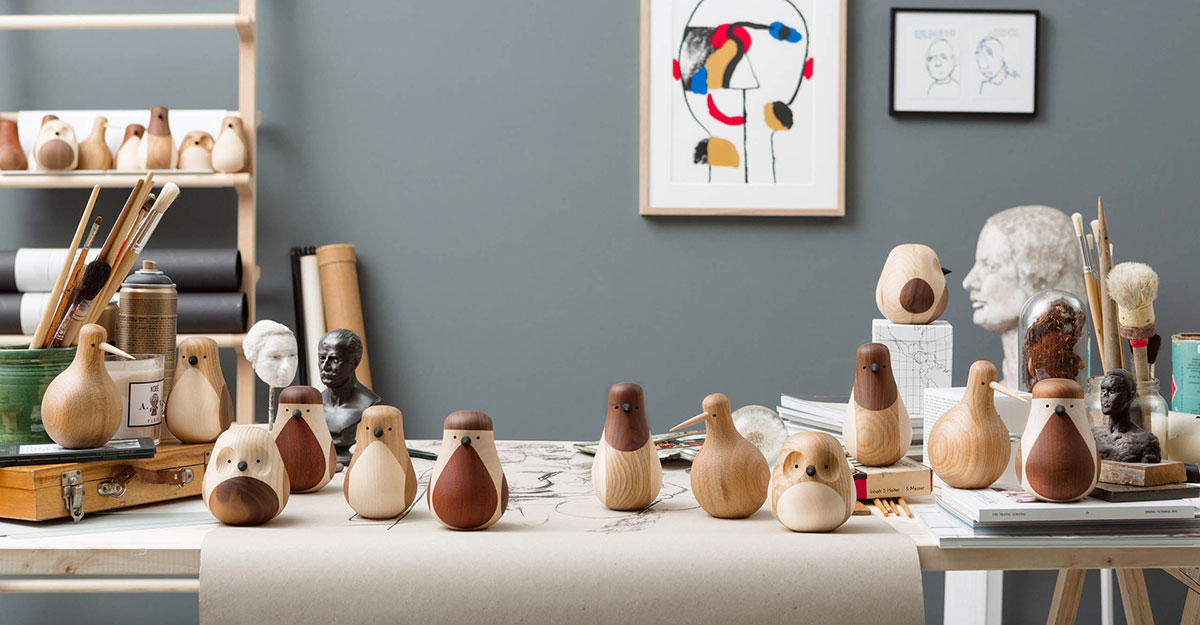 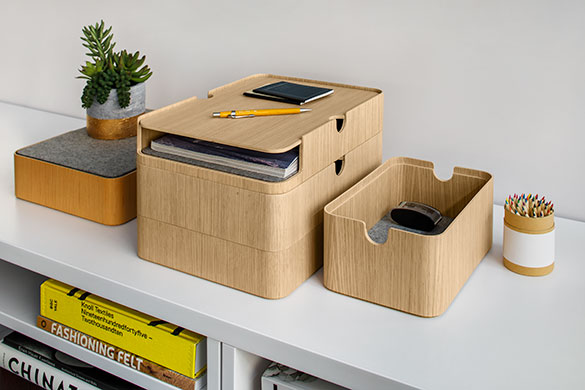 The Beller Collection introduces a new natural material to the iconic brand known for five decades as a purveyor of full grain leather. Driven by a lifelong fascination with the marriage of nature and technology instilled in his native Norway, Lars Beller Fjetland was immediately drawn to wood. In his line of cork tiles manufactured with waste material from wine stopper production, the heat-molded tiles provide graphic patterning across wall surfaces while assisting with acoustic absorption. The design of Lisboa tiles takes inspiration from the street grids of its namesake city (Lisbon, Portugal) while referencing Brazilian architect Oscar Niemeier’s ceramic tiles. Named after the Portuguese city known for its cork factories, the three standard profiles of Porto are inspired by familiar textures found in factory building surfaces—rounded silos, corrugated metal siding, and saw-tooth rooftops. Meanwhile, series of molded veneer plywood boxes—called Multiply—are an elegant system of wooden boxes that contain, stack, and quietly stand out. Handcrafted in Denmark, Multiply boxes make a firm stance against throwaway culture and are meant to stand the test of time and gain beauty as they age. 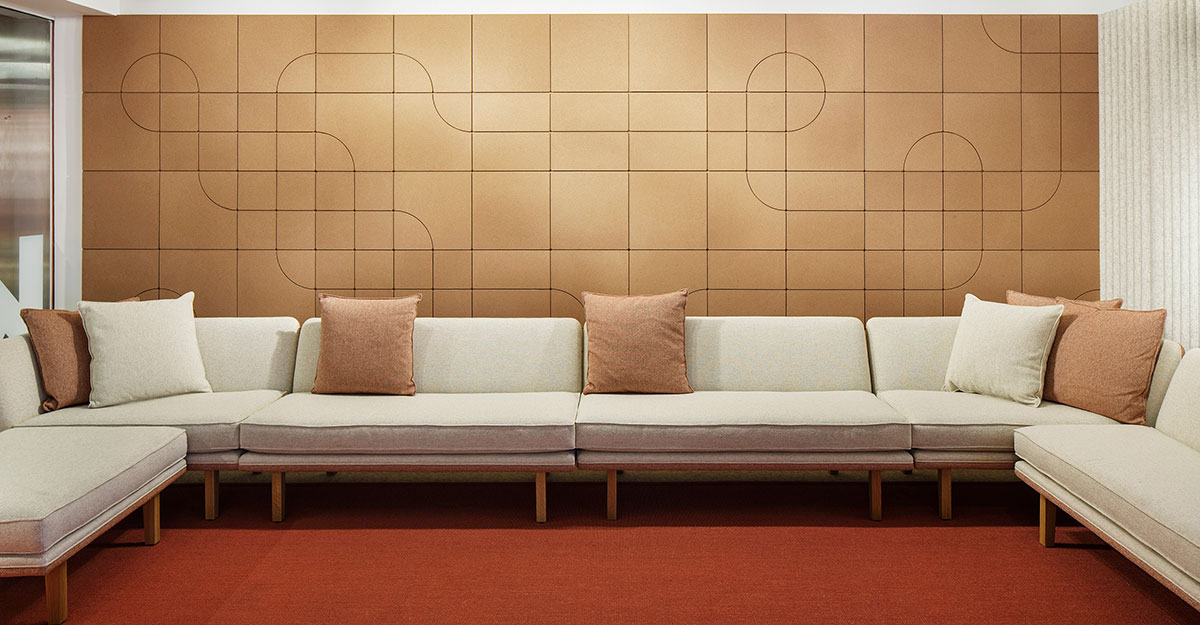 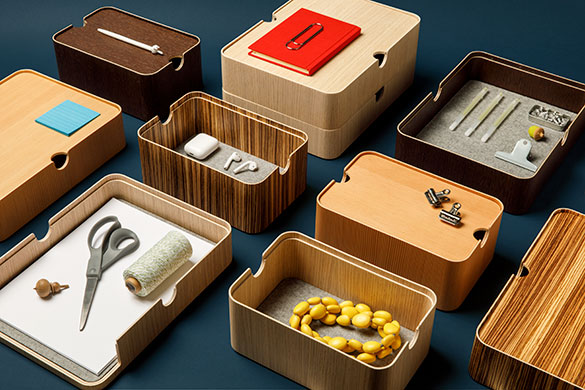 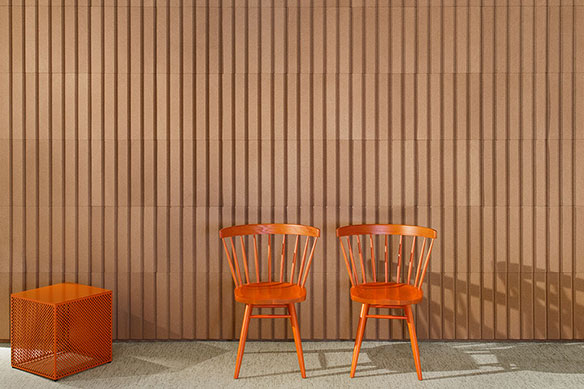